Amaravati vs. Kedarnath? The new state capital of Andhra Pradesh, Amaravati, is being planned as one of the most modern up and coming cities of India. The project is being spearheaded by Mr. Chandrababu Naidu, the first chief minister of the now divided state. As Hyderabad became the new capital of Telangana, discussions erupted about the state capital of Andhra Pradesh. Under Chief Minister, Mr. N. Chandrababu Naidu, it was declared that Amaravati, on the banks of the river Krishna, is to be the new capital of Andhra Pradesh. Transforming the existing small river flanked town, into a true state capital, thereby modernising the city, creating a setting for foreign investors, migrating citizens and a framework to run the state, has by far been an astonishing albeit amazing task.

Kedarnath, the pilgrim city in Uttarakhand, which was devastated by the 2013 flash floods, is another city being completely rehabilitated and redesigned to resemble it’s former glory. Spread over 23 acres, this small town nestled in the Himalayas, is very important as a religious and touristic destination in India. After the complete destruction of the town, owing to large scale and over populous constructions and a natural calamity which washed everything down apart from the famous Kedarnath Temple, efforts have begun to restore the beauty of this ancient temple town and try to avoid future calamities through smart architecture and urban design.

India, one of the oldest civilizations in the World, boasts of being one of the first settlements which was planned. The Harappa and Mohenjodaro civilizations is the oldest planned river side settlement in the World. However, many of our old cities, remained organic and unplanned post independence leading to traffic issues, public transportation problems, bad connections, even worse public services like electricity, sewage, footpaths, street furniture and public spaces. As history progressed, India also witnessed the birth of many new cities like New Delhi, Chandigarh, Navi Mumbai, Noida, Gurgaon etc. which were planned cities. In these endevours, the needs of the Indian people were taken into account and the cities were planned appropriately with sufficient resources, public amenities and new technologies. Planning intersections, road networks, national connectivity etc. also enhanced living conditions, daily traffic issues and other urban living dilemmas. This goes to show, that a planned city, functions, looks and develops much more uniformly and usefully than an unplanned or organic city. The best example is Kedarnath in this scenario, which literally broke down owing to random haphazard and over construction on the fragile Himalayan valley. Better planning and construction laws could have prevented the loss of life and public property during the 2013 floods.

However, the future seems bright with these two new proposals for modern Indian cities. Let’s compare and contrast the two cities and the vision being propagated for them as well as weigh the benefits and shortcomings of both.

The World famous Star Architect Norman Foster has been roped in to share his vision of the new Andhra capital. A totally modern and smart city, as advertised by Prime Minister Narendra Modi, Amaravati, will have all the ingredients of a truly future prepared city. Based on the linear and grid planning principles, this city on the banks of the river Krishna, is being promised as the most sustainable city in the World! Foster + Partners, came out the winning team in the International competition to design the new capital. The designers are undertaking the 217 sq. km. stretch of the city, to design the main square comprising of the Legislature Assembly and the High Court along with urban planning of the sectors, localities and laying out the construction bylaws of Amaravati.

The construction of this epic capital is estimated to take 25 years to fully finish, which is why the design is touted as futuristic and thus incorporates concepts like shaded streets to encourage more pedestrian movement, water taxis, solar energy etc. The main axis of the city is a long water canal, drawing from the Krishna river, with plenty of central green spaces and water movement which will cool the entire city. In order to ‘Indianise’ this modern city, a lot of inputs were taken from Indian culture, old heritage architecture, elements of Andhra Pradesh like it’s climate, context and architectural style etc. It was also said that famous director R. Rajamouli of ‘Baahubali’ fame, sat with the chief minister and the architectural team to lend his ideas for a more Indian approach for Amaravati. Here are some images as to what the city would look like: 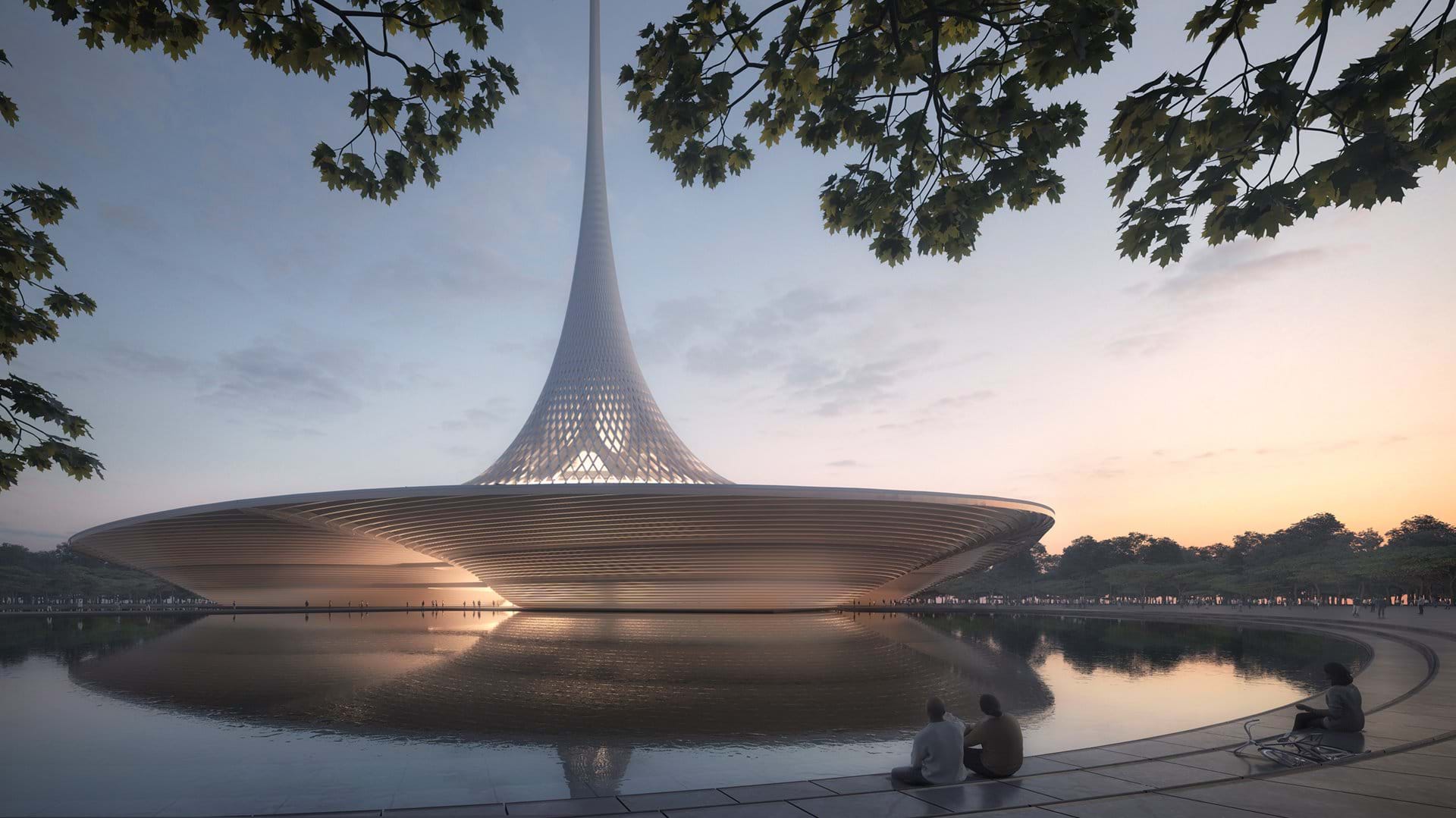 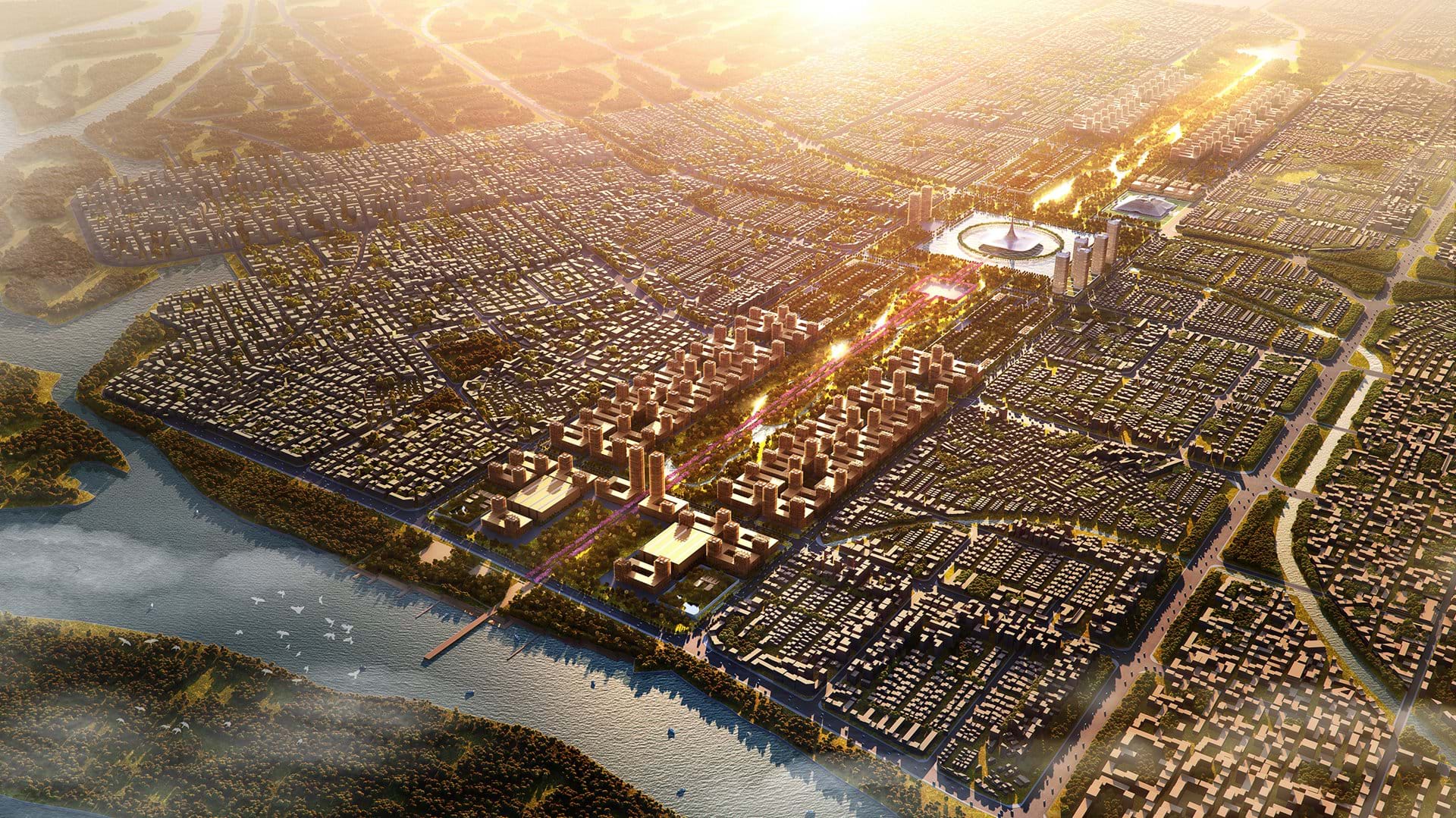 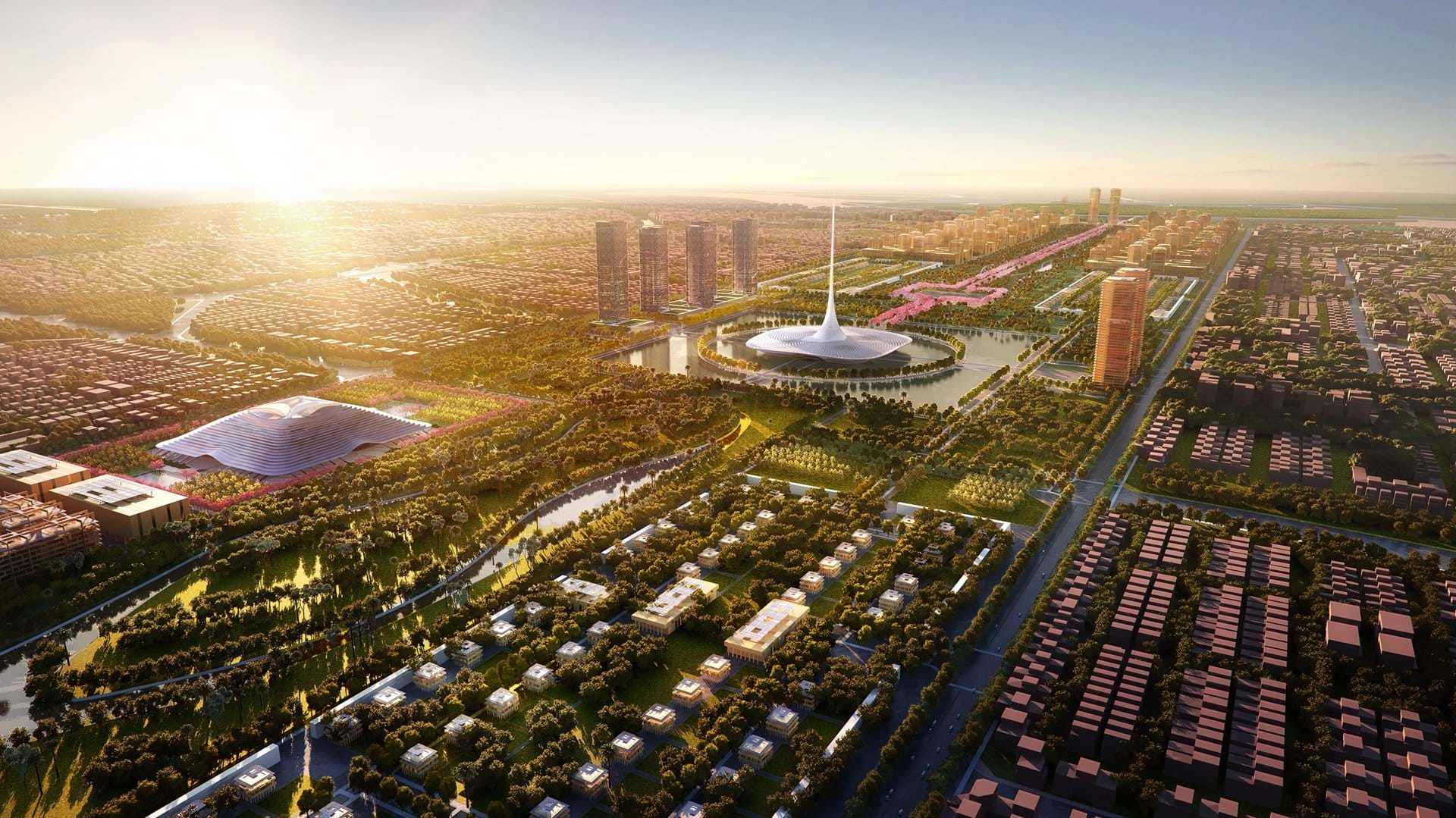 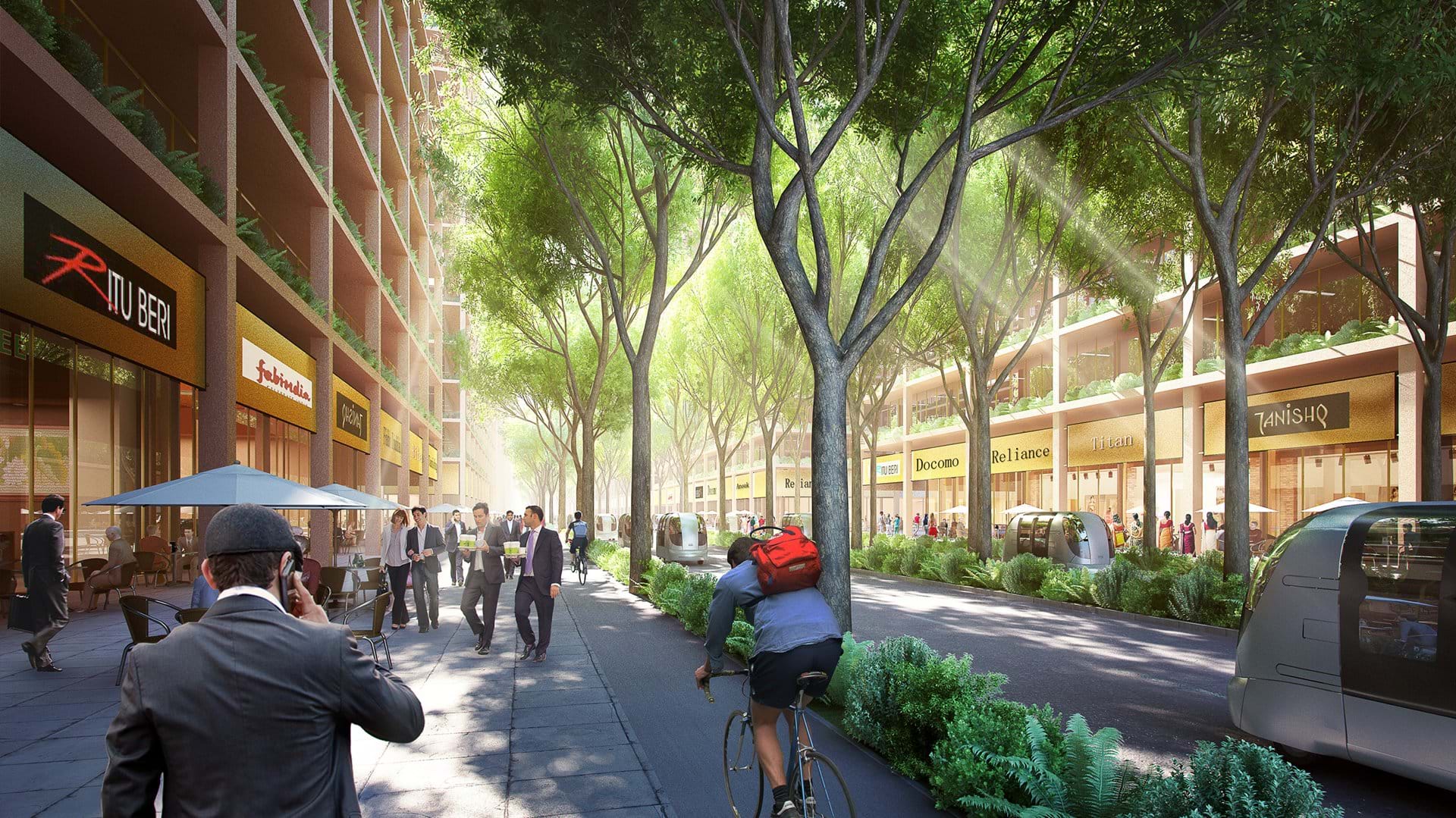 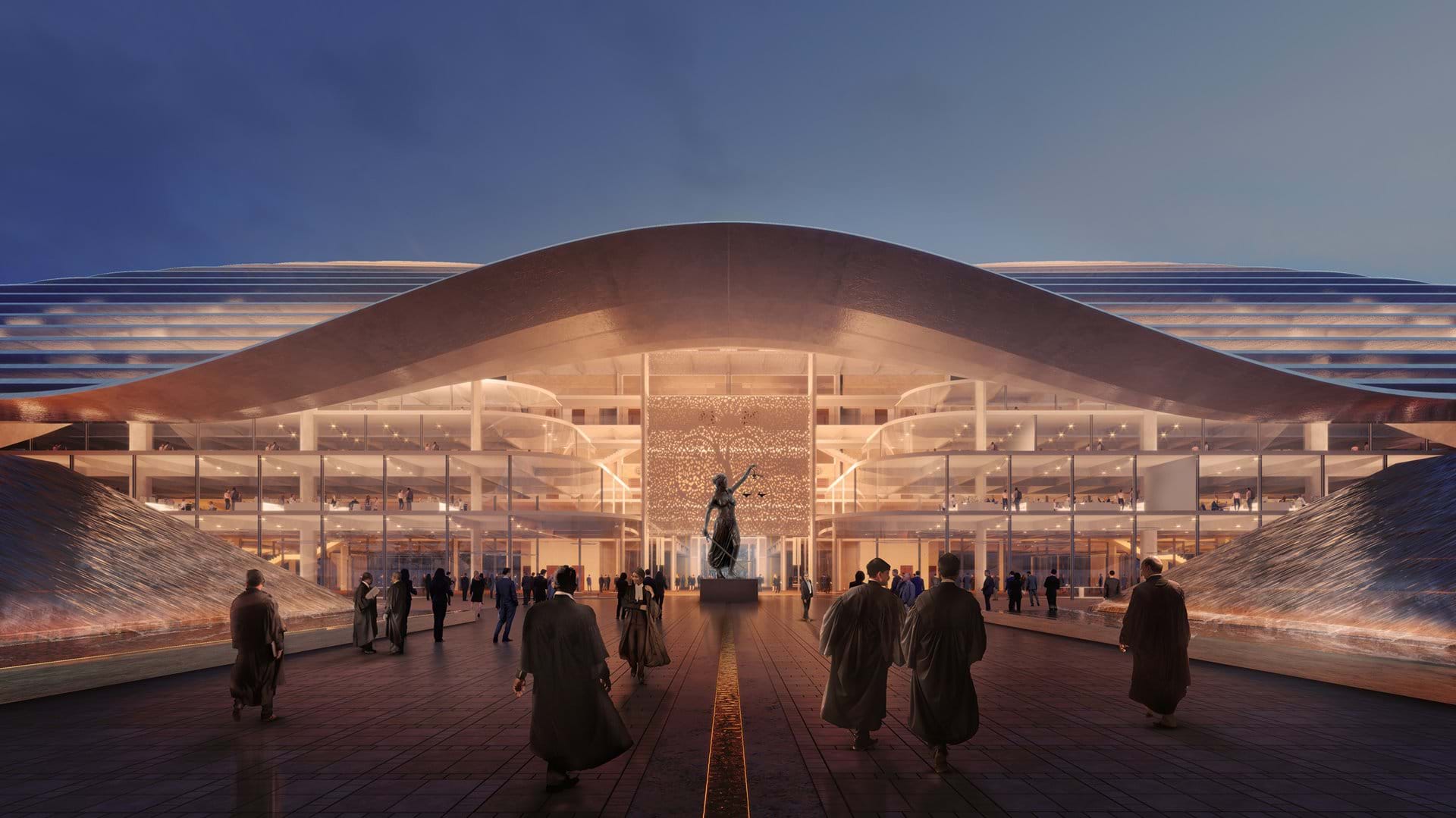 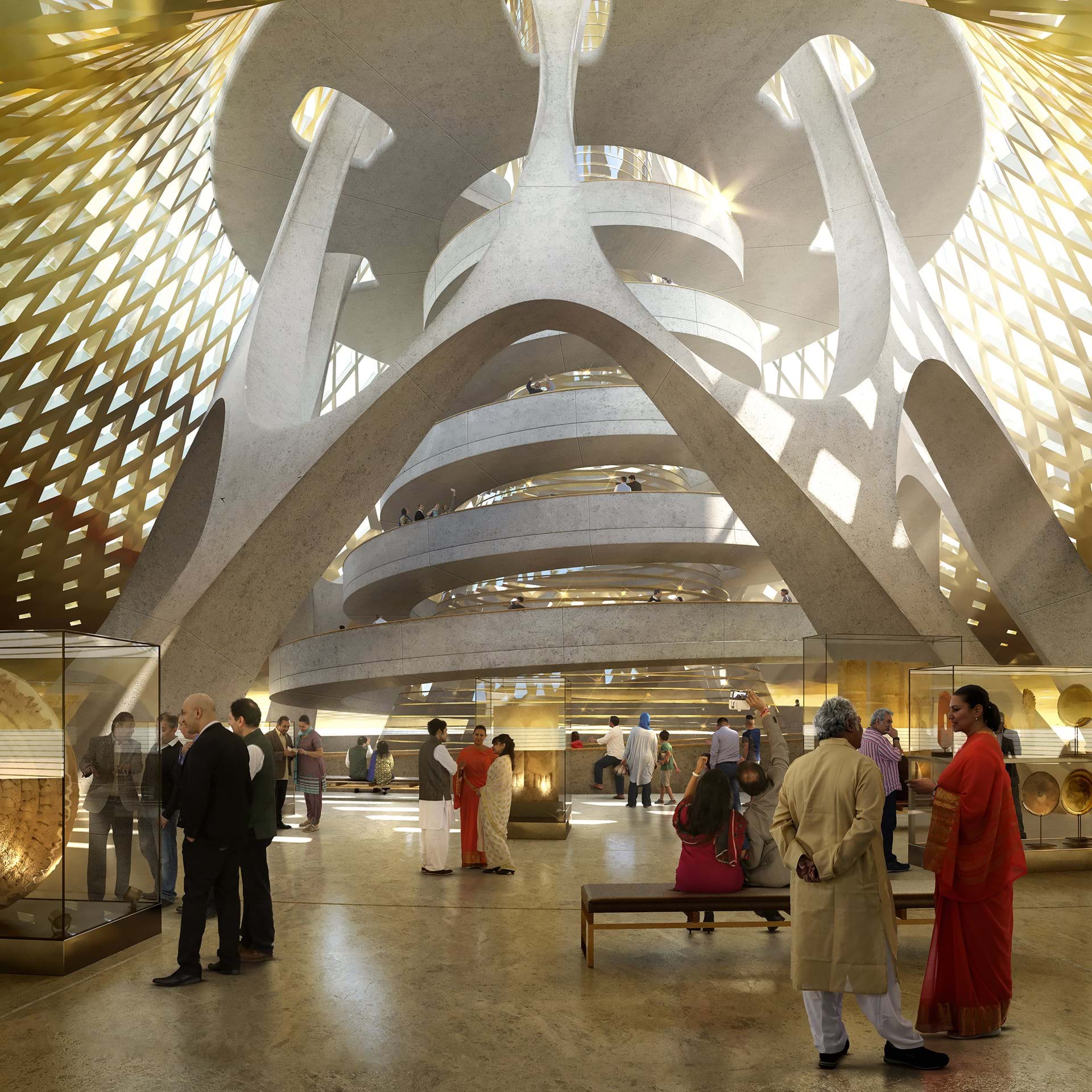 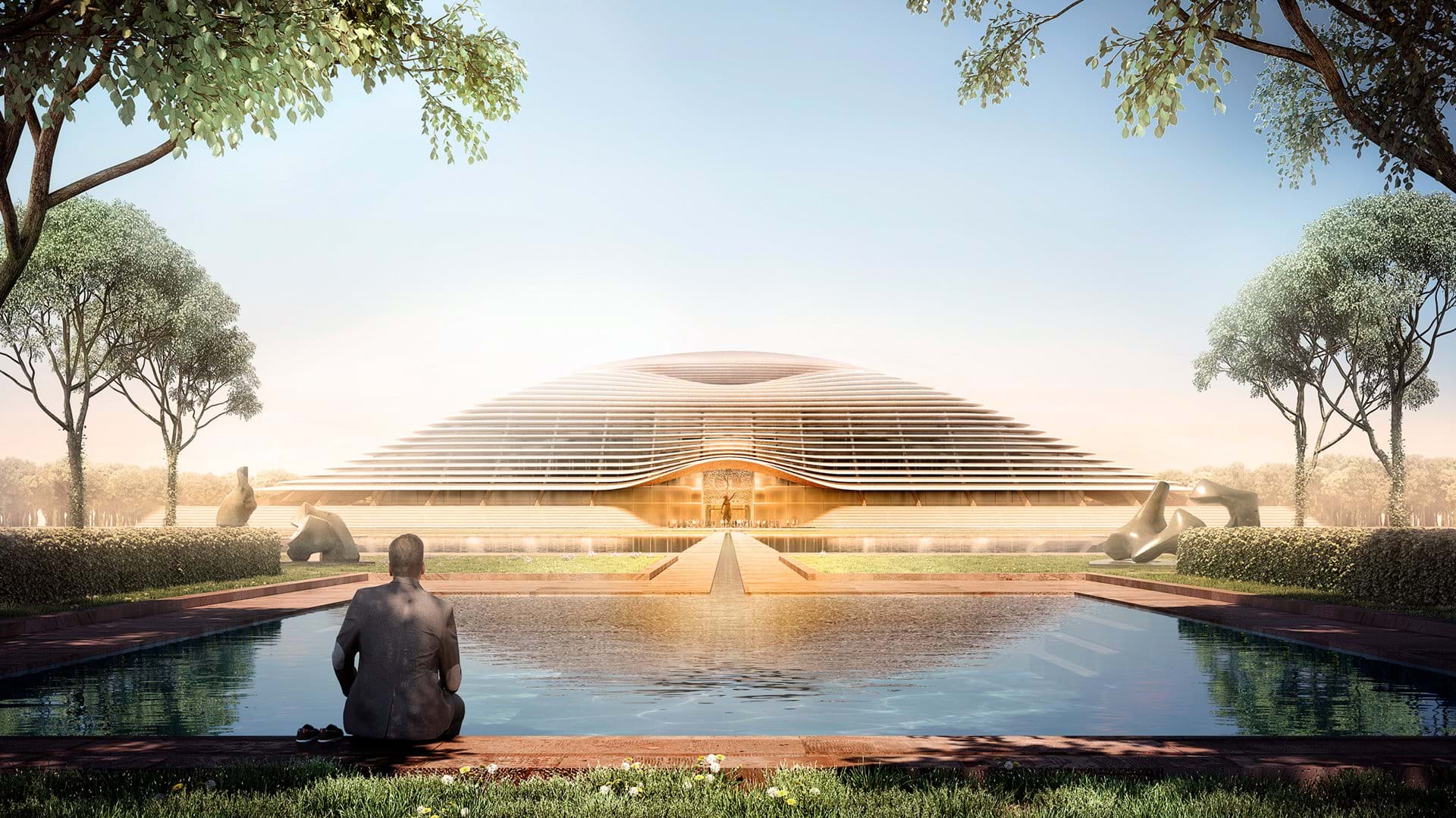 INI Design Studio, a multi disciplinary architecture firm based in Ahmedabad, Pune and London has taken up the redesign of Kedarnath. The main motive of the design is to suit the climatic and geographical needs of a mountainous city. The main focus also, is the Kedarnath temple for which the city is famous and to figure out how pilgrims from all over the world who visit Kedarnath, have a better approach, stay and experience in the holy city.

Taking a cue from the past, the design team established how the once glorious Kedarnath Temple, which was visible in a straight axis from the lowest point of the valley, slowly became invisible owing to the ever encroaching constructions, hawkers stands, markets and illegal constructions making it more difficult for the pilgrims to take the journey, as well as overloading and exploiting the resources of nature. As a lesson, the designers have recreated the similar view of the temple, from the bottom of the valley to the main Mandapa, by clearing out a wide axial road leading to the temple, flanked by enough area to put up street markets, stalls and hawkers. They’ve pushed the residential, commercial and hospitality buildings farther from the main road and proposed sloping roofs which suit the climate of the city. Here are some visuals for the city’s new proposal:

Comparing the two new proposals, one would realise that Amaravati has taken the modern futuristic approach to truly become a sustainable city of the future. By employing new concepts like Solar Energy, water taxis, improved sanitation, WiFi  connectivity in public spaces, shaded avenues and central parks, green building methods etc. Amaravati is being prepared to tackle problems which might arise in the future. On the flip side, a single look at the Amaravati proposal is enough to establish that it doesn’t look like an Indian city at all. The Legislative Assembly or the High Court, tries to emulate some elements of Indian Architecture, however, as an entirety, resemble very little the principles and characteristics of the Indian style. It looks aesthetically path breaking, and feels like it could be the asset of Andhra Pradesh and an example in new living and sustainability to the other Indian cities, however, at some level, I feel it lacks the identity of an Indian city and tries to emulate the life in the western world.

On the other hand, the design of Kedarnath showcases how our culture and practices can shape a city, even in a modern climate responsive way, albeit preserving all our traditions and lifestyle. The new proposal doesn’t out right shed the years of religious norms in the city, it in fact highlights them while making it more grand, easy and immune towards natural disasters. It also outlines the new strategies for construction in the valley so as to suit the delicate geography and terrain. In this way, I feel Kedarnath’s new proposal respects and elevates Indian traditions more and showcases the identity of the place. The Amaravati approach, could however be the new benchmark for designing Indian cities and has the potential to become the new model or create a new modern identity for future urban developments in India.

What do you think? Which Urban Design do you agree with more? Watch these two Videos for more clarity and drop a comment with your opinion!

Dealing with corridors in interior design

In conversation with Ar. Habeeb Khan – Putting the contemporary in...

Landscapes – The inter relationship of greens and built