Ar. Sanjay Mohe was born and brought up in Mumbai, with the seed of architecture sowed in him early in life. An enigmatic personality, he graduated in architecture from Sir JJ College of Architecture in 1976 and went on to work with the likes of Ar. Charles Correa. Mindspace, the brain child of Vauki Prakash, Suryanarayanan and Sanjay Mohe was established in 2004 and is currently run by Suryanarayanan, Medappa and Mohe. Mindspace strives towards a more sustainable approach towards Architecture and their ideals revolve around the five elements of nature. Climate and context are the two main factors around which their designs are centred. Instead of aping the west and designing glass blocks unsuitable for India’s climate, one needs to act with common sense while constructing spaces and design spaces responsive to local climes.
Design calls for stories yet unimagined, thoughts yet to be reproduced, fresh encounters and good vibes. The human mind perceives its surroundings in five different ways – sight, sound, smell, touch and taste. For a complete experience of any space, the built form has to cater to all five senses superimposing upon each other, but not overpowering any. This is the principle followed by Architect Sanjay Mohe while crafting masterpieces with building materials. Let us get to know three of his esteemed projects and take inspiration from his art.
Nothing is invented, for it’s written in Nature first, Originality consists of returning to the Origin. – Antoni Gaudi.

Distinctly remembered as one of Ar. Mohe’s Institutional projects, IIM-B has the power to make anyone fall in love with a space. 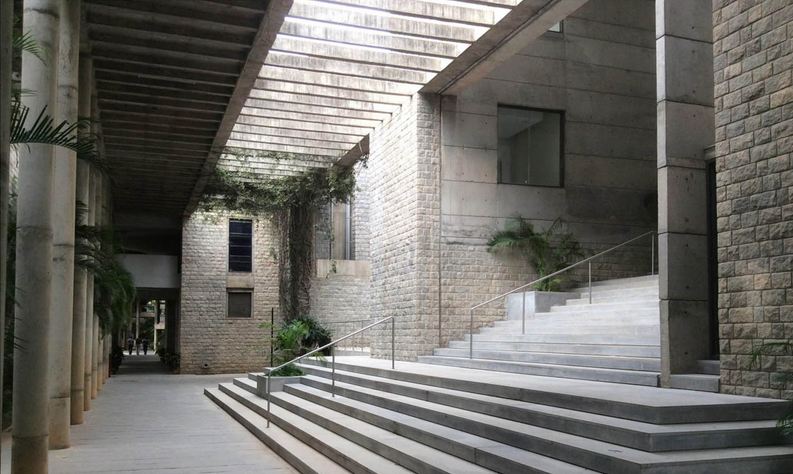 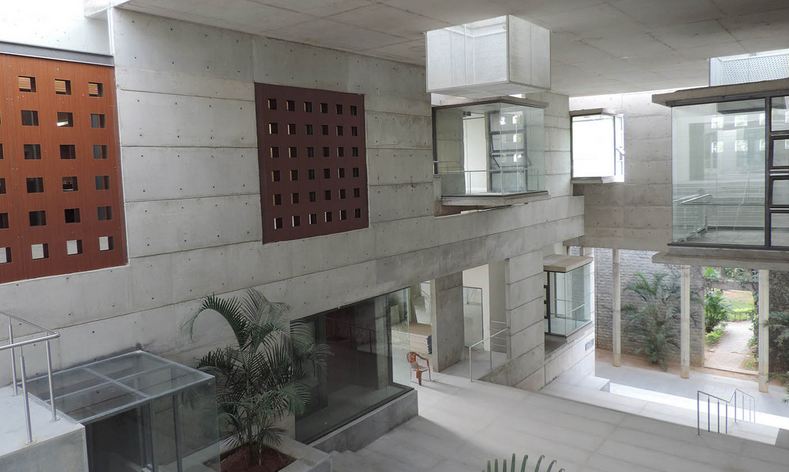 A management college, this isn’t just a built structure of Steel and RCC but invokes life within it’s walls. A space which evokes positive emotions from students, teachers and visitors alike, IIM-B focuses on the internal potentials of a space rather than just the external ornamentation. Intertwined with greenery, the corridors and the student blocks are a true amalgamation of mass and nature. A major section of the college is designed by Master Architect B.V.Doshi, and Mohe has done an excellent job of lending his touch to the form and structure. The wide angles and symmetry in the arrangement makes for a beautiful experience. The library and student block are designed in context with climate and surroundings and keeping in mind the needs and personality of the management students studying there. 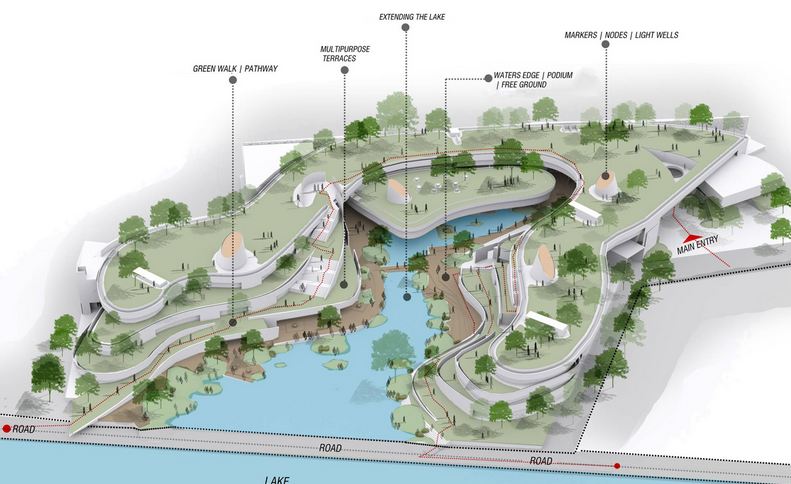 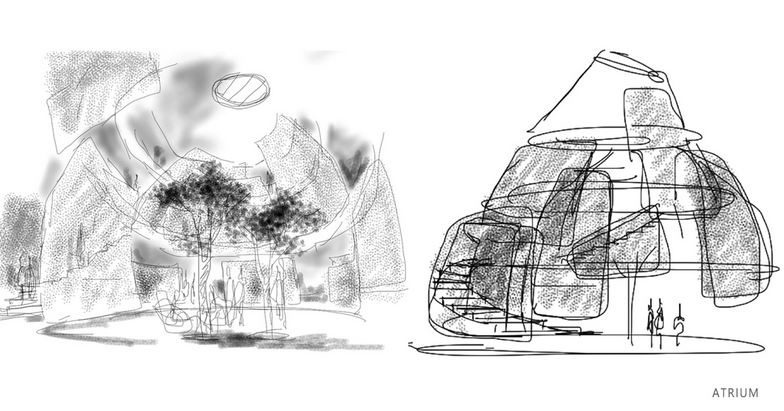 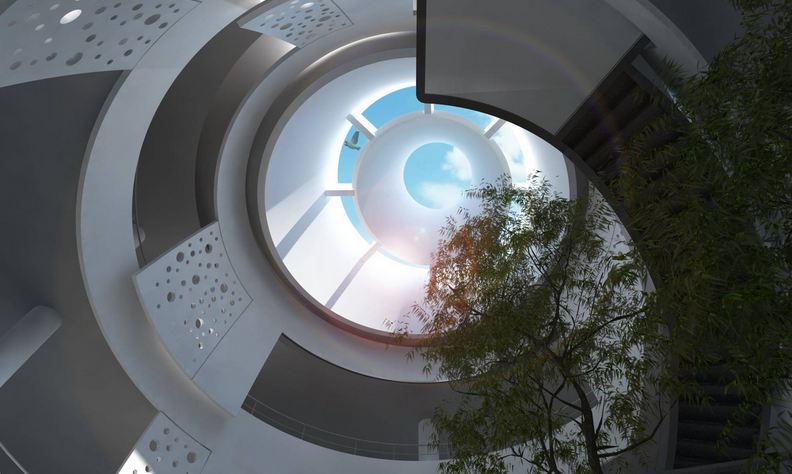 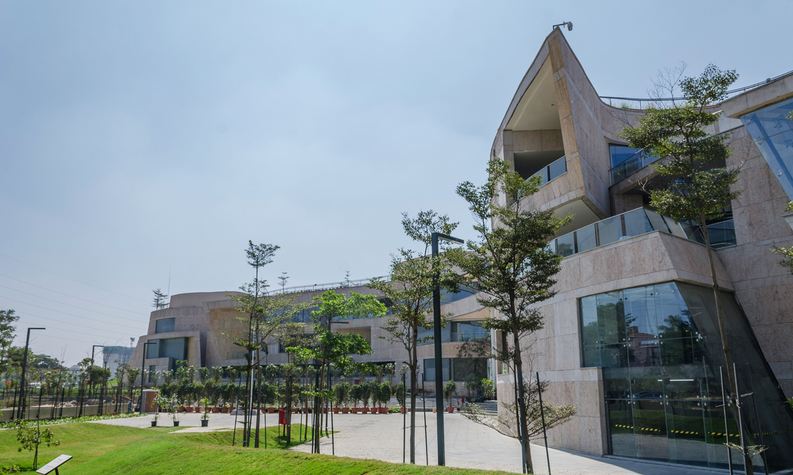 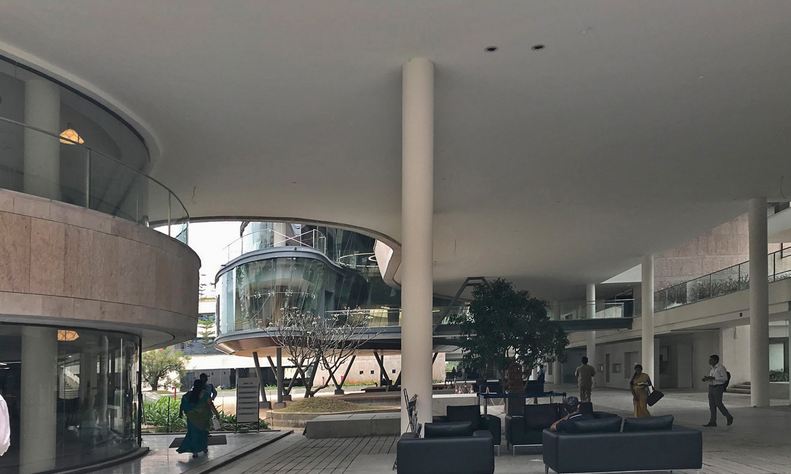 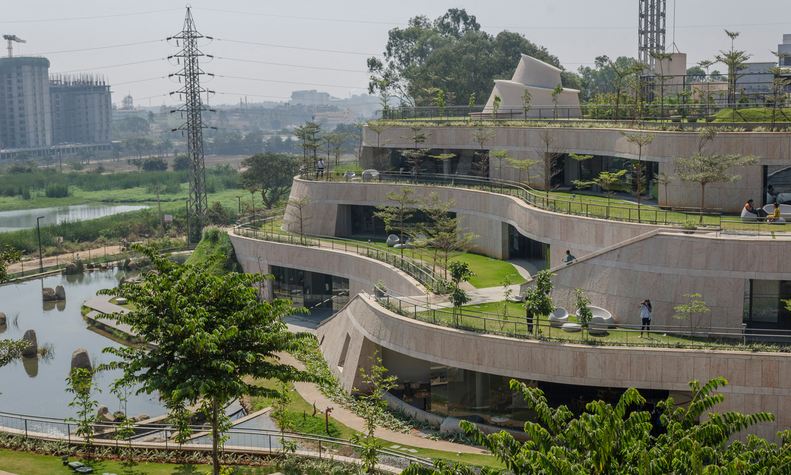 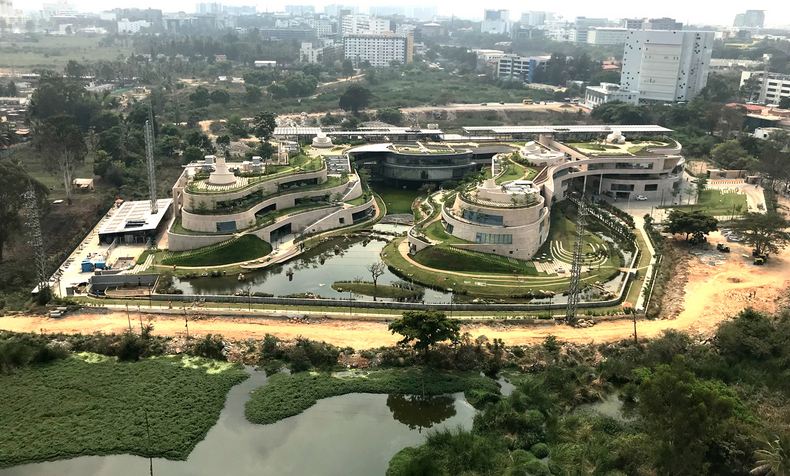 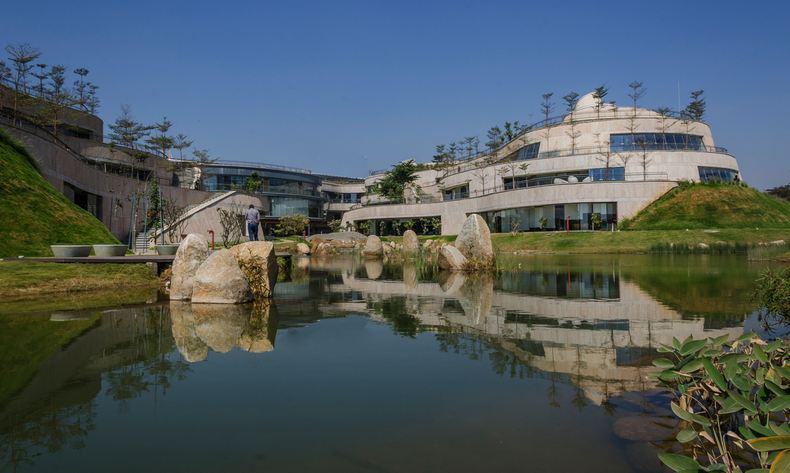 It is one thing to use nature to beautify a building, and another to incorporate nature as an element to complete one. Ar. Sanjay Mohe has unlocked this possibility with Titan Integrity, the Titan headquarters in Bangalore. Spread over a whopping 3.9lakh sqft area, this office fuses the outdoors with the indoors with glass walls, stepped storeys and balconies which open out to a massive waterbody. With the illusion of the building sprouting out from the ground in an organic way, this office flows naturally like the stepped terrain of a green mountain with a water body to complement its outline. 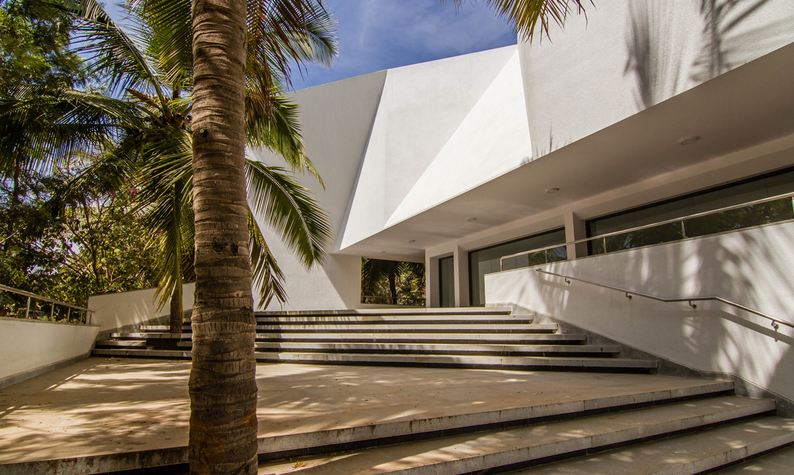 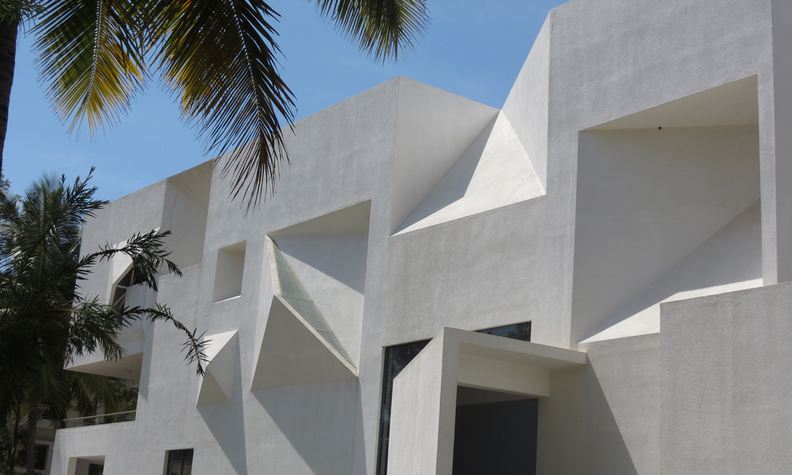 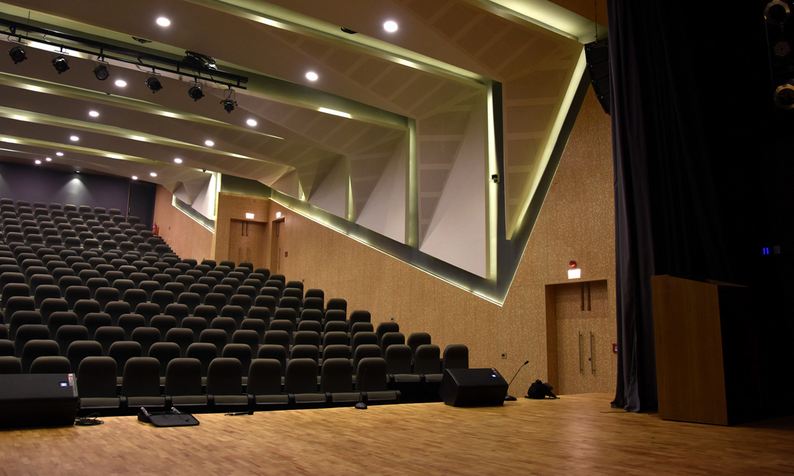 Delving into multiple genres, Ar. Sanjay Mohe shows he is a man of many talents. Be it residences, institutional buildings, public buildings he can achieve the same level of panache in all. The JNCASR Auditorium in Bangalore is a class apart in terms of execution and in the way that it proves that simplicity is forever stylish. A functional, non arrogant space in white, this auditorium celebrates the raw structure and form of it’s exterior while being wholly accessible and easy in the interior. The asymmetry and sharp features of the facade complement the site and the majestic stairs which lead to the entry lend a regal appeal to the entire architecture. 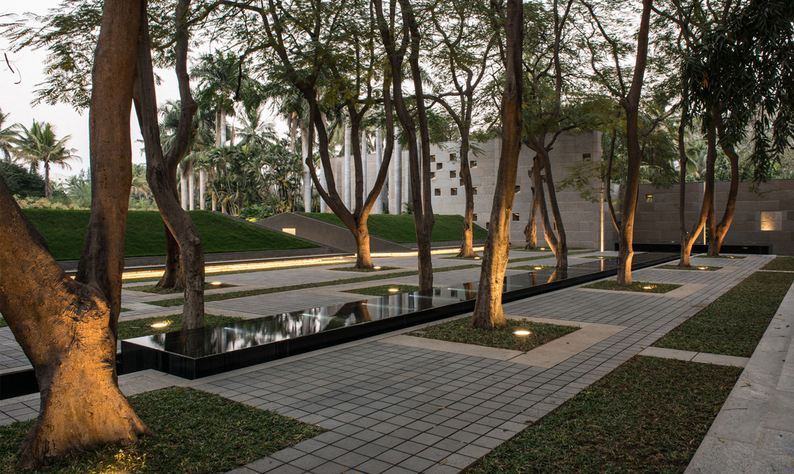 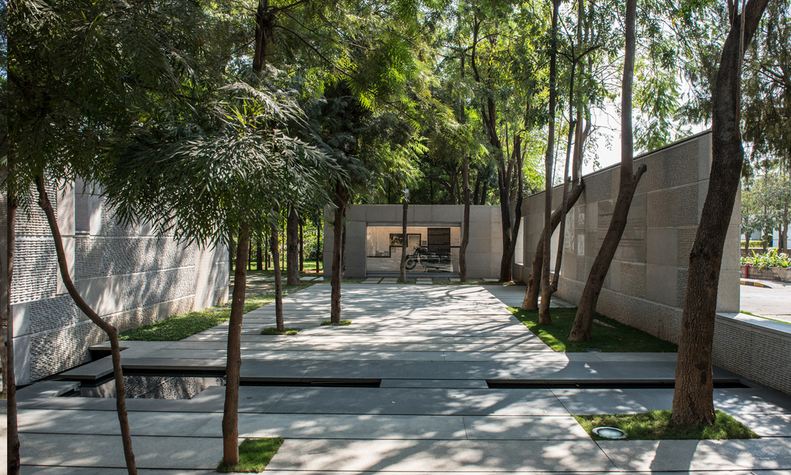 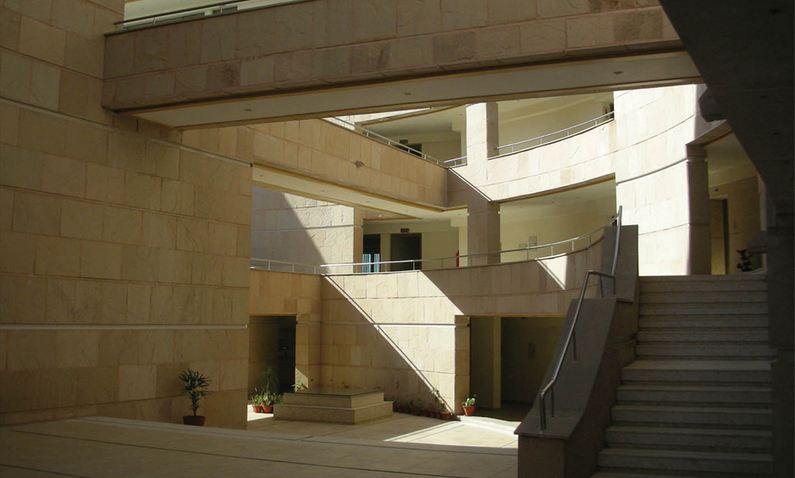 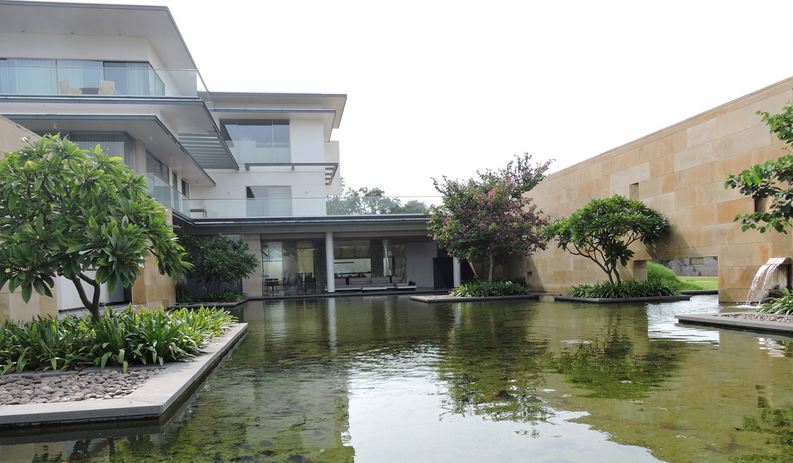 In building Architecture, which is easy but not dumb, humble but not boring, in harmony with nature and driven by the climate and context, Ar. Sanjay Mohe and Mindspace have some path breaking projects to boast of. Their ideas and concepts are timeless, and it is true that they are creating art in the form of Architecture.