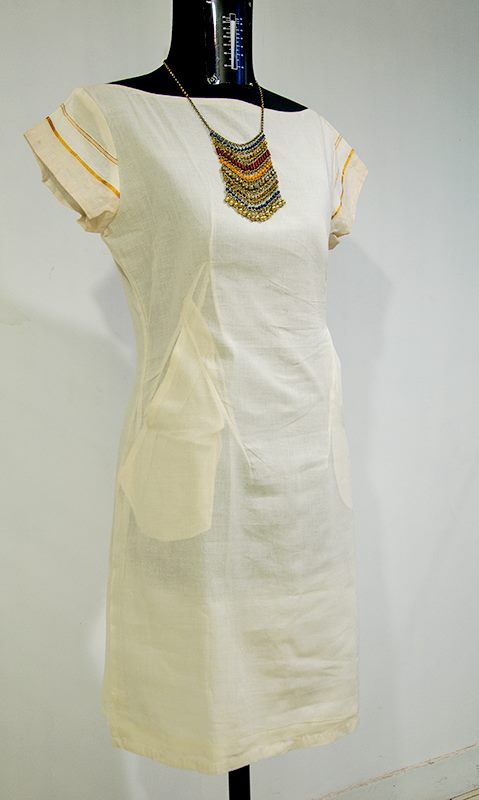 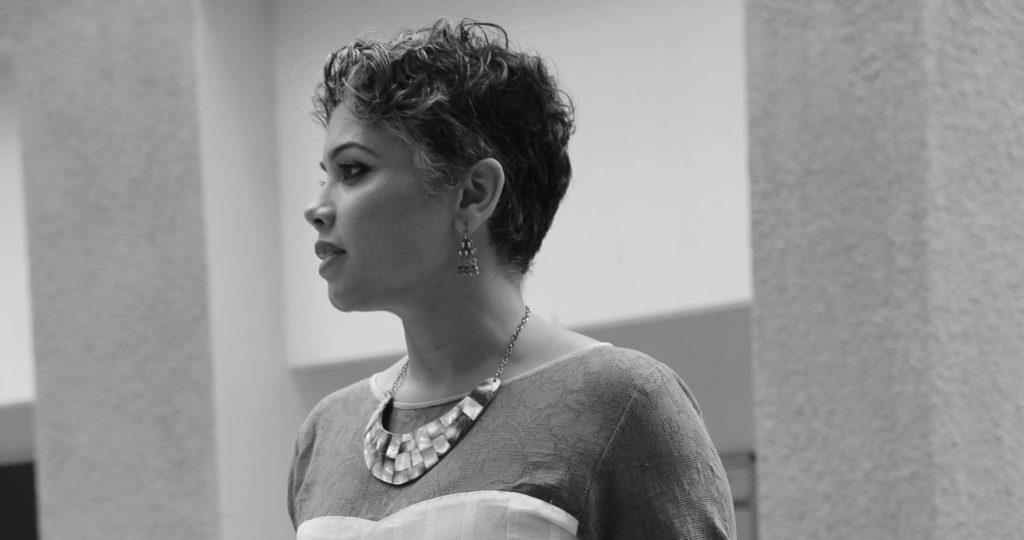 “There are usually two images that you encounter when you look in the mirror. One is your reflection and the other is the image of you that has been imprinted in your mind; the latter is more difficult to deal with,” says Babita Jaishankar. The 40-year-old would know a thing or two about working with difficult perceived images; after all, she is one of the most sought after Image Consultant and Fashion designers in Bengaluru.  Her expertise, among other things, includes deconstructing images in her clients’ minds that were created by years of societal perception, orientation, personal insecurities and fears. Thus, Babita’s vocation has made her a woman of many parts including that of a psychologist. In an interview with Cindrebay, the long-time Bengaluru resident speaks about her silently rebellious nature and how the same manifests into everything she does.

Growing up in the India of the seventies, Babita was unaware of the existence of fashion designing as a profession. However, she was born with a creative bend of mind, and an intense individuality that would express itself as impromptu designs on dresses that were gifted to her. “If I would get a dress as a gift, I wouldn’t wear them just as they were. I would always tweak them, by adding a piece of fabric, or an extra motif here or there,” she says.

Her love to create something extraordinary out of the seemingly mundane has pretty much dictated the trajectory of her career. In 1998, after completing her Masters’ in Chemistry from Ooty followed by one year Fashion Diploma course, Babita started a small fashion unit in Ahmedabad that designed and exported suits and blazers.

Soon, along with her husband and two kids, she moved to the United States and lived there for seven years. “I was a stay at home mother, but over the weekends I would freelance as a skin and colour consultant,” says Babita.

The creation of BAJA

After seven years, Babita came back to a radically different Indian fashion scene.  “I have never been a person that could boast of a huge network. I came back to India after many years and by then the Indian fashion scene had changed drastically. I was a stay at home mom, had no connections, no money, and too much of an ego to ask for money from my extremely supportive husband. I guess there was no going below that. So, I started as a freelancer image consultant. Many would tell me to get a job but I knew I wouldn’t be happy working for someone else. I like to take orders from myself, no one else. Also, I am extremely impulsive,” she says.

Her freelancing project gave birth to the hugely popular brand,  BAJA- The New You, which interestingly started as a Pinterest board. “BAJA started by being an image consultancy. I would tell people what to wear, depending on the occasion. Very soon, my customers started asking me what I would wear if I were to attend a Parents’ Teachers’ Meet or go to a corporate gathering, etc. These were genuine questions, and I decided to answer them by showcasing my everyday ensemble through Pinterest. It would display my clothes for an event, my accessories, shoes, along with other minor details,” she explains.

The board instantly became a massive success. “Soon enough, requests started pouring in about where to get a particular dress or an accessory that I had donned. This prompted me to start BAJA, that would sell the kind of clothes I wear,” explains Babita.

BAJA’s ideal woman, according to Babita, is the quintessential woman of today. She has independent thought, is a globally travelled individual; who adeptly handles PTA meetings, an appointment with CEOs, and is also a doting mother at home. In other words, she wears many hats meticulously, adds Babita.

However in spite of BAJA’s success, deep down Babita remains a staunch image consultant. She loves to transform her clients into a better and happier version of them.

“After completing my MPWE course for women entrepreneurs from Indian Institute of Management, Bengaluru, I decided to formally launch WSoL. An Image consultant’s job goes beyond just altering the outward appearance, they also help in chipping away at the aspects that bog down their client’s personality; the insecurities and fears,” she says.

Before initiating an image makeover, Babita says her clients must answer three important questions. “Are you doing this out of your own volition? Are you committed enough to continue sustaining this makeover, and do you have a clear picture of where you aspire to be in the future,” she says.

The initial steps include personality analysis, lifestyle check, and client’s perception of their body image. “We also take into account the kind of colour and fabric that would suit the client, the ideal hair colour, and style, skin refinement, among others. Once budgeting and basic profiling are done, the next step includes inspecting the client’s wardrobe. I follow the philosophy of a Green Wardrobe; recycle wherever possible; converting a shirt into a dress, or accessorising a piece of unused garment better.

Babita, for many of her clients, is not just an Image Consultant, she is also their psychologist, agony aunt, and a sounding board.

“My profession has taught me not to judge. Everyone comes with a different background, carrying a different outlook. I have had crossdressers come up to me, requesting my help to dress up as a lady for a night. I try to fulfil their needs, not judge them,” she points out.

When you look in the mirror, she continues, there are two images that you see. The one in the reflection is easy to work with, but working with the image in the mind is extremely difficult. Years of societal perceptions, deep-seated insecurities and fears have created that image, she adds. “That makes us extremely critical of ourselves. And, I want my clients to see beyond that, and make them feel better about themselves,” says Babita.

“The days I have appointments for image consulting, I cancel everything else. I know my clients would need a lot of time.  I have had clients breakdown when answering certain questions. They add that they don’t really know why they are crying, but it feels like someone is trying to get to know the real them. And, sometimes they tell me that I know them more than their parents or best friends,” she adds.

Babita believes in having long term working relationship with her clients.  “My packages range from 20 hours to some weeks, depending on the requirements of the client. But once my sessions get over, I don’t cut ties with them. I ensure that they are capable of sustaining the makeover on their own. And, when I am sure of it, I slowly wean them off,” says Babita.

Elegance with a hint of drama

Babita’s personal style is as quirky as her imagination. “I love the elegance of the 90s and the drama of the 70s! My outfits are usually an amalgamation of the two. If I wear something elegant, I ensure something in my outfit brings that element of drama, she says.

This ploy linguist, Babita knows five languages, has a piece of advice for anyone willing to get out of their comfort zones. “Treat yourself like a canvas waiting to be painted. If you are wearing something that makes you happy, your personality will reflect that radiance. In turn, those seeing you will also feel the positivity. In other words, to look good, you should feel good,” says this fashionista.