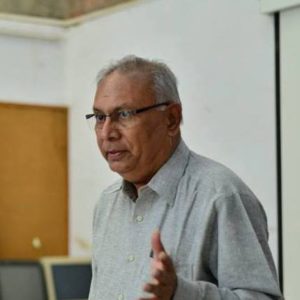 Interior Designing is an extremely misunderstood term. Some confuse it with Interior Decoration, while others think it is an extended arm of architecture. If you are also confused then let one of India’s leading architects solve the issue for you. Gautam Shah is a consultant Interior Designer based at Ahmedabad, India, since 1970, and a highly respected former faculty member, School of Interior Design – Faculty of Design, CEPT University, Ahmedabad. His blogs on Interior Designing and Architecture are among the most widely read literature on these topics. Here, he describes what Interior Designing is all about:
There is a common belief that Interior Design as a skill has originated from Architecture. This view gained strength from the fact that Architecture itself, as a unique skill branch, separated from the Building Engineering. Architecture, though, has facilitated other skills like Urban Design, Town Planning, Landscape Design. Interior Design as distinctive skill-based business has emerged due to distinctly different circumstances.
Interior Designing is often juxtaposed with Exterior Designing. Historically Interior Designing has evolved from Building renovation or refurbishing of built spaces. Unlike modern age, construction of a building was a time-consuming affair, and thus after a decade of use, the new generation of owners would rather repair and refashion it, than construct a new one. The major job in older buildings was to refurbish soft furnishings, replace wood, glass, and other less durable components and introduce new amenities for the new users. For this purpose the original architect-builder had no interest, and the job was left to the building decorators. The building decorators came from the retinue of Art masters, with skills in painting.
The interior decorator had no relationship with the architect-builder, and wasn’t ever subservient to him. The interior decorator was an independent professional. The person had opportunities to handle all types of works such as of furnishing-person, carpenter, Ironmonger, smith, glaziers, muralist, masons, etc. He created styles, fashions or trends.
Soon enough, Interior Designing became highly lucrative design business. An interior designer would be revisited by a satisfied client almost every five years, whereas an architect gets that opportunity once in 20 years. Interior designer gets paid nearly 2/3 times more than an Architect, on per square of intervention. Yet, till 1970s most qualified Architects abhorred the idea of doing Interior Design practice. They would derisively downgrade interior design as “dirty decoration business”. But post 1970, architects began to  realize the potential of Interior Design business. Many started offering Interior Layout or Scheme for their own buildings.
These trends were reflected in meetings of Council of Architecture and Indian Institute of Architects. The result was, Interior Architecture courses were adopted as parallel skill field to architecture. At some stage, representations were made to Government of India that only Architects are qualified to practice Interior Design (now branded as “Interior Architecture”).
The word Exterior Designing is of very recent origin. CAD tools created drafting experts capable of offering not just plans+sections, but variegated elevations. They were proficient and convincing, because, they could also offer 3D versions of it.
Read more about Gautam Shah’s thoughts:  http://talking-interior-design.blogspot.com/
http://interiordesignassist.wordpress.com, https://designacademics.wordpress.com/

9 unique ways to a beautiful balcony

Top 15 Architectural Marvels of Modern India: From Tradition to Tech