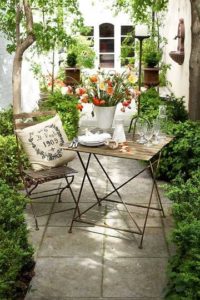 A courtyard can be described in many ways; an open relaxation spot, a meeting-place, or a common ground. But if pushed to define, then a courtyard is an open space within the interiors that is partially or completely supported by walls.

Many a time both designers and residents are forced to deal with challenges that come with a courtyard. The  designer is compelled to think about proper design solutions, while the resident often wonders the need for a courtyard.  “It’s a trend, I believe” or “I have it because I want a space for my indoor plants”, are some of the common excuses given by prospective clients.

But isn’t there more to that open space than just making it look like a garden brought indoors? How did the idea of an open space within an interior surface? What is the significance of the same? To answer these questions and more; let us go back in time, and take a small history lesson.

Courtyards have their origin in the Greek and Roman civilization and the ancient traditions of the Middle East and Asia. Other examples include the colonnades surrounding the inner quarter of ancient Hindu temples or the Greek Parthenon. 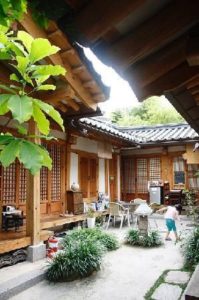 The philosophy behind a courtyard was to create a space that is   peaceful and protected within the inner walls. Thus, there was a suggestion of intimacy and privacy even if the physicality proposed openness. It emerged as an integral component of a home during the industrial period where large-scale domestic architecture was introduced.

The working-class housing and the spacious apartments for the upper classes all made use of their inner courtyards as breathing spaces to let in light and air.

Sometimes a courtyard would be the common space shared by two U-shaped properties joined at the back. This courtyard design brought about great benefits of sustainability as opposed to leaving setbacks (the space of land that is left after the construction of the building until the boundary of the plot ) on every side of the building. The slim piece of land on every side is almost good for nothing whereas the courtyard that meets at the juncture of two buildings provides a meeting place as opposed being a wasteland.

Most of us could relate such an arrangement to a ‘chawl’ (a large building divided into many separate dwellings, offering cheap, basic accommodation to labourers) or the courtyard of a Haveli (traditional mansion or townhouse of India) that opens into the other living quarters. 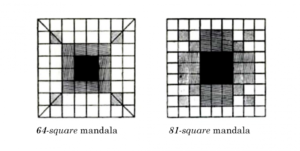 According to Vaastu Shastra or the Hindu tradition of architecture; there is a dubious suggestion of  open spaces within the living inner quarters; not necessarily as a traditional courtyard, but an empty space.  The Vasthu Purusha Mandala or the square plan diagram suggesting the different quarters based on the energy field of the earth; proposes a central positive aura. It is this central space that exudes a positive aura that has been, for years, emerging as the courtyard. The courtyard, therefore, is a perceived harbinger of positivity within the interiors. So why not seek out for life in courtyards? 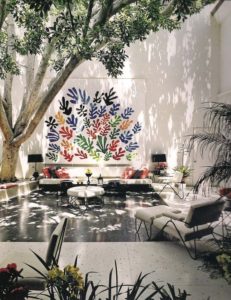 Courtyards are mostly activity oriented. Household activities such as laundry or cooking can be conducted in the open space. It lets the homemaker interact with all the members of the house while they are occupied with their work. Instead of pushing away a household activity to the corners of the home, make it come alive into the common ground. Courtyards can also make way for family activities such as for games, gym or get-togethers. It can be interpreted as the common living room devoid of television.

Instead of providing the courtyards with neatly trimmed lawn and potted plants, make it your space of exploration. Let it evolve with every user. Kids can make it their ground for their adventure play. Adults can make it a tea-time rendezvous area.  Or, the more creative ones can use it as their artistic den.

An open area in itself initiates positivity, and different activities add more life to it.  It can be just a common ground that attaches various rooms in the house. But just the thought that all the members could take a walk through this open space to reach other rooms is in itself a rejuvenating thought.

So evolve your inner courtyard into a space that evokes optimism and happiness. A courtyard not only allows you to soak in some sun and air but also enables you to draw a mental connection to the positive vibes emanating around you.

The Curves of Oscar Niemeyer

From Housewives to Professionals – Choose Design!!

Landscapes – The inter relationship of greens and built