Religion, an idea that struck humanity to ensure peace and well being among fellow humans, was an intangible one. Reinforcing this idea among people and affirming their belief on the concept of a higher power was a challenge. Consider the tools mankind had at that time to spread religion! Word of mouth, letters and religious missions was the only way. In this time, religion needed to become tangible. Something that people could see, immerse themselves in and experience. Bringing people together in a place where they could wonder and believe was the motive. Spiritual Architecture was the perfect tool to pave the way for religion and there is no wonder that it behaved according to the religious beliefs to shape up the space symbolically.

Characterizing the space with heavy religious symbolism, the church in the form of a cross, towers or domes which lead the eye to heaven, the admission of light to symbolize the Divine Light from God himself are examples of how architecture was used as a mirage to convey religious meaning. Not only in form and function, the very walls of a religious building encrypt with them stories from religious texts, the myths and legends and relics to prove its authenticity. Churches are carved with sculptures and figurines on walls and columns, which depict Jesus, Virgin Mary, angels and other Godly beings. Many a times, windows outline entire excerpts from the Bible in the form of art.

Incorporating religious symbolism in built structures have given rise to many Architecture styles, one of the most noteworthy being Gothic Architecture. Contemporary religious buildings or spiritual architecture have the same effect, albeit with a modern approach. The goal of any religion and the structure built for it, is to bring people together, to be a meditative, inclusive space where people can feel at peace. Let’s take a look at some of the distinctive spiritual architecture of our times! 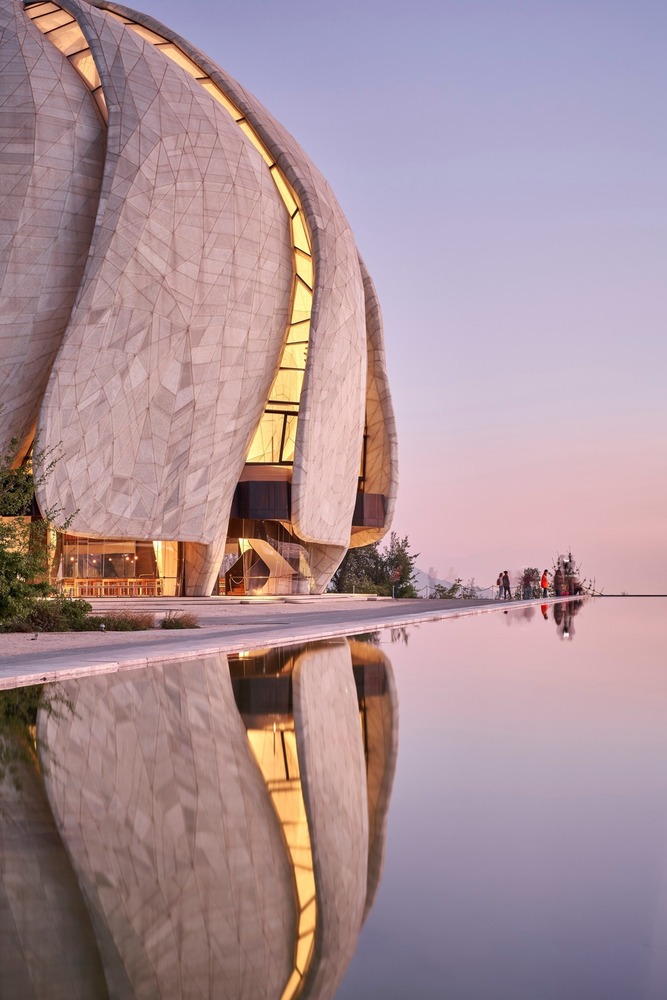 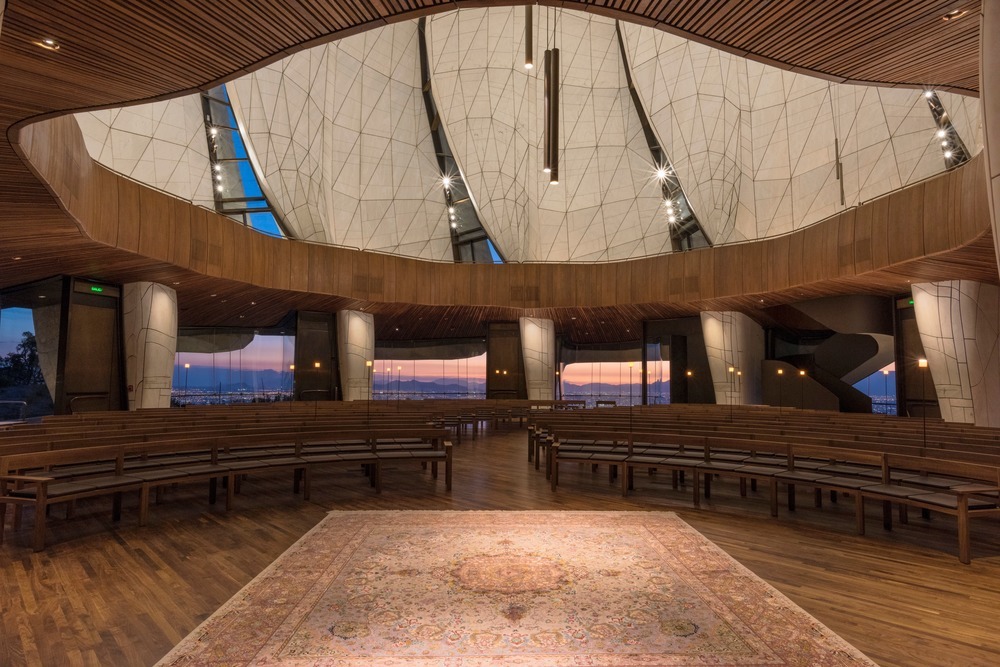 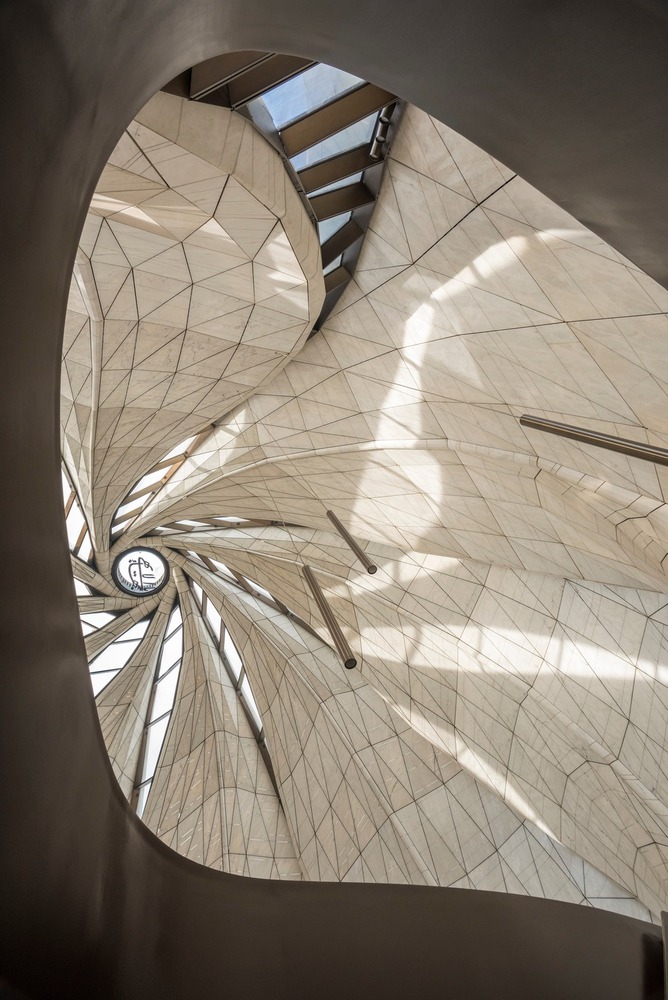 With a design that “aspires to commonality within diversity”, the space holds meaning and peace for everyone. The structure is made from steel and glass and lined with transparent marble from inside. At nightfall, the temple appears to glow from within, shining like a gem reflected in the waters. 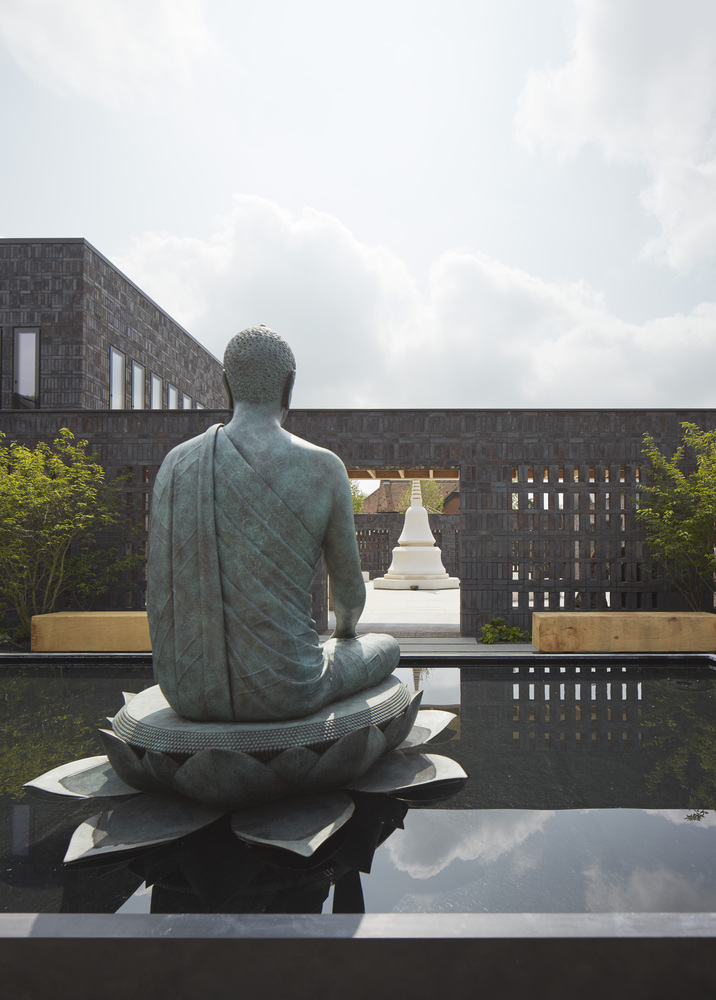 A Buddhist retreat in the Suffolk countryside has reopened, designed by Walters & Cohen Architects. The courtyard makes for an interesting reflective space, bringing people together in the greens. 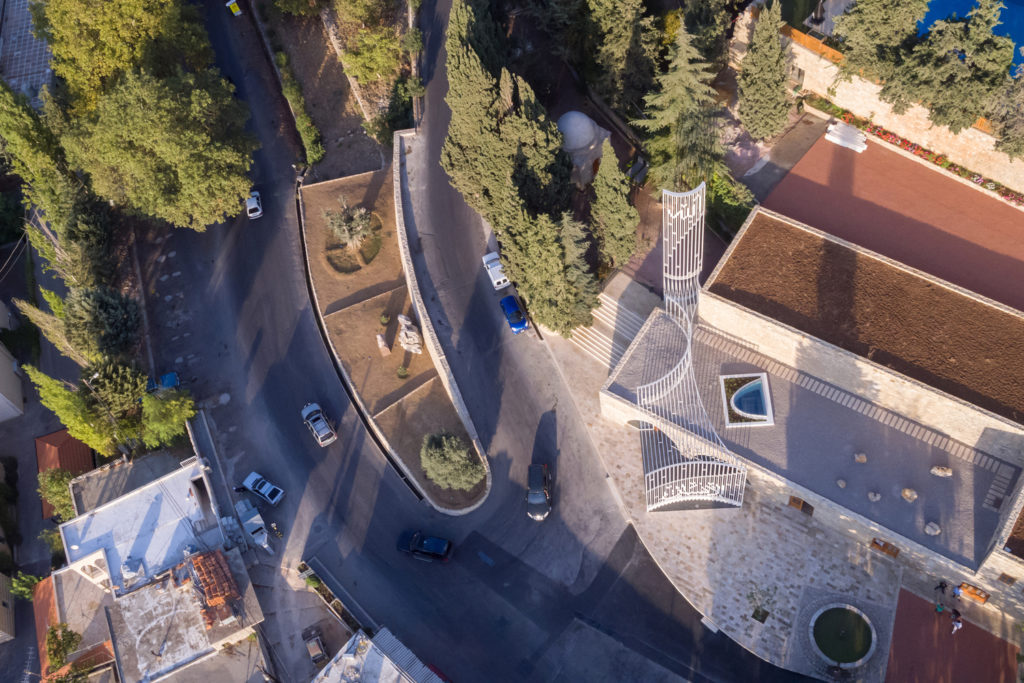 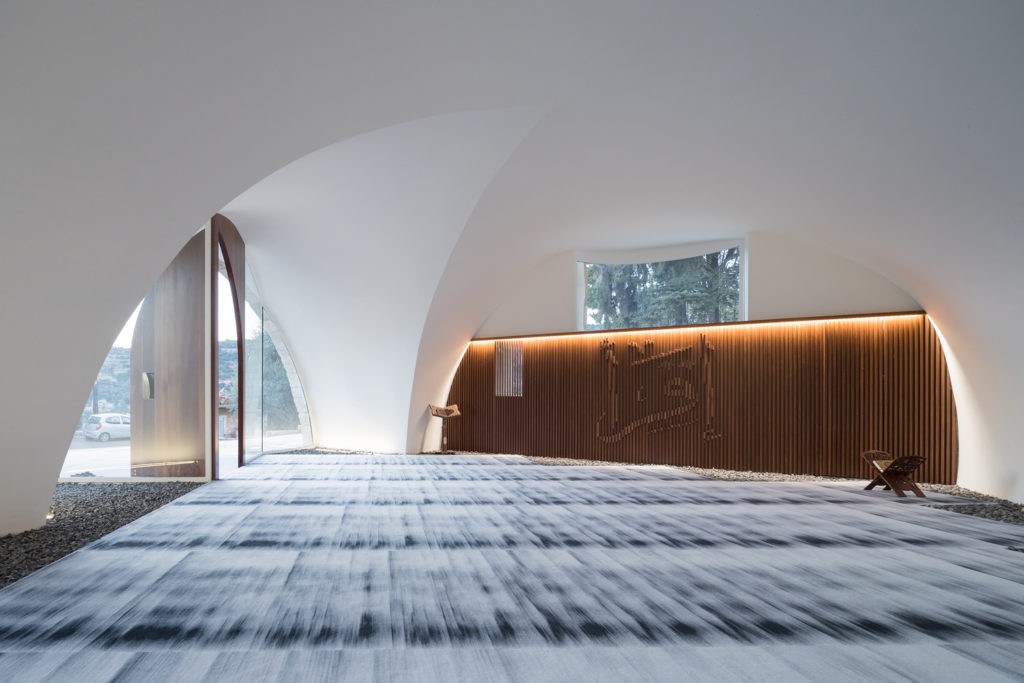 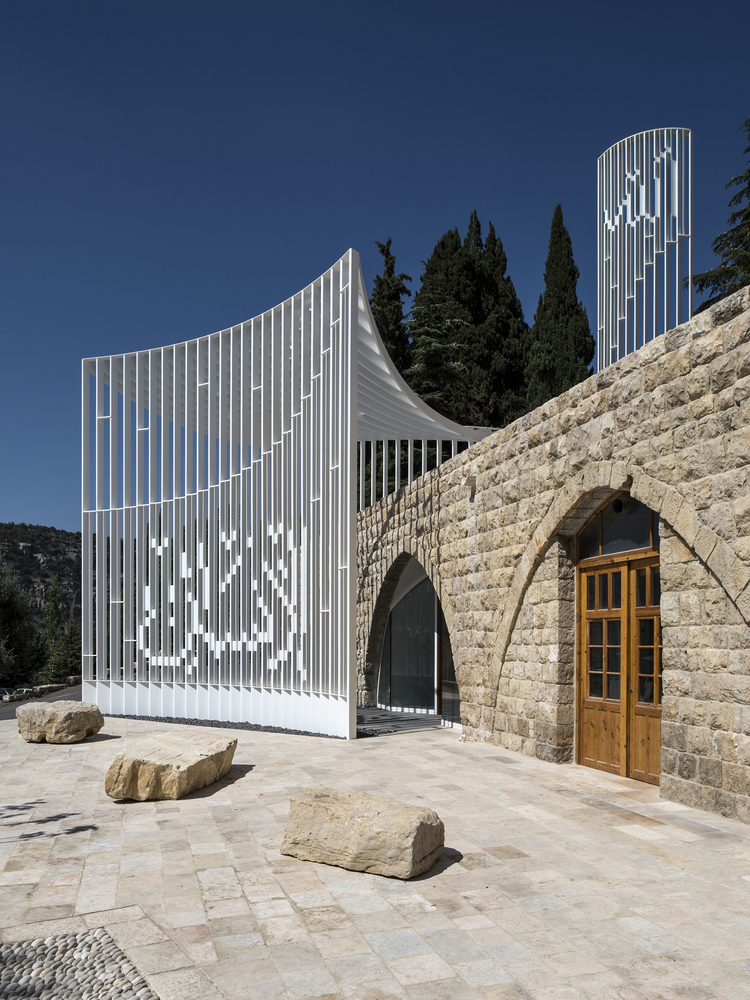 This small mosque was renovated from an existing masonry structure and oriented to the Makkah. A new civic plaza in front of the mosque creates a public square with seating, fountains and shading complimenting the spiritual space within. 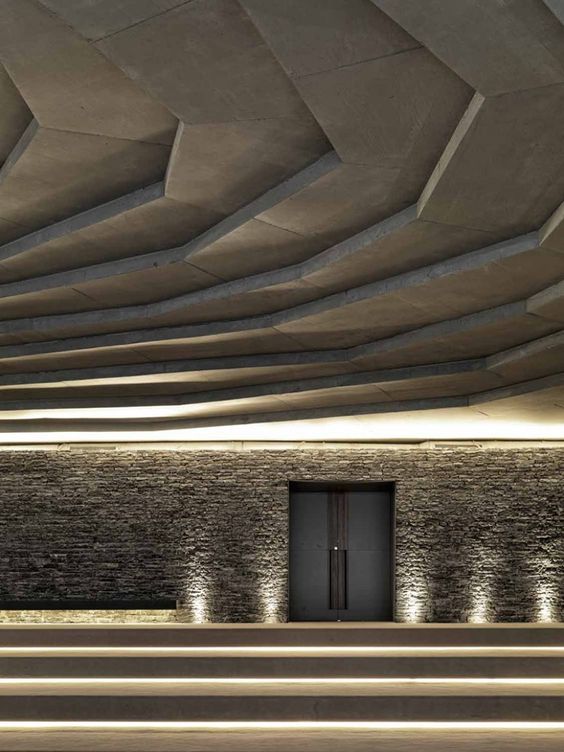 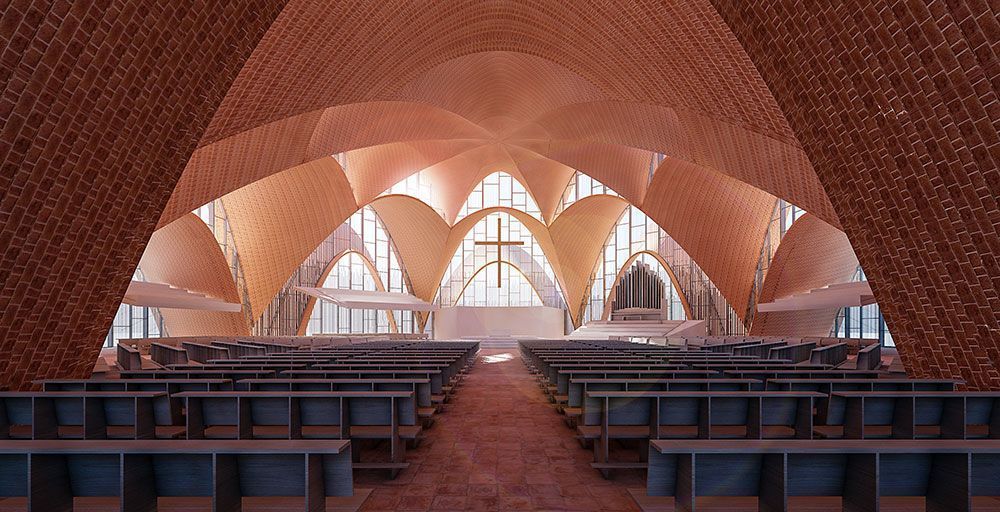 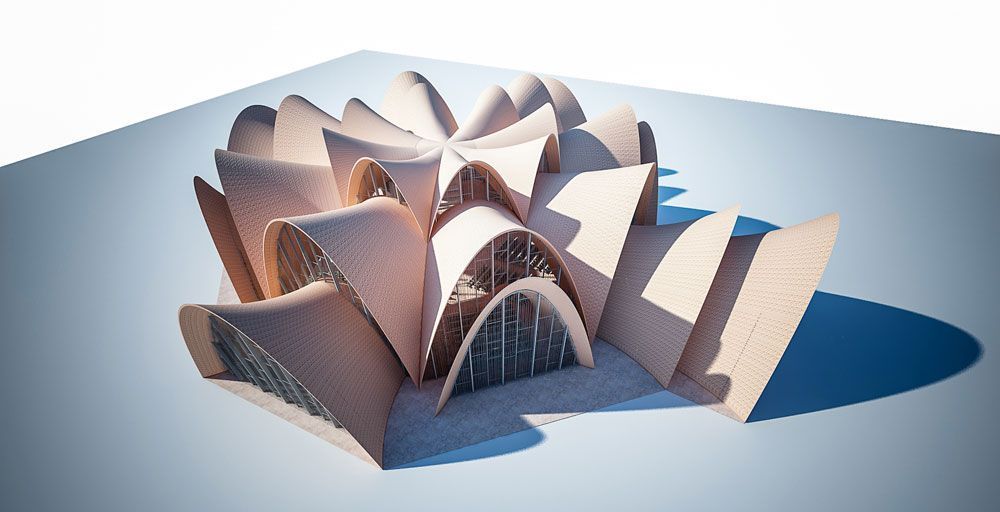 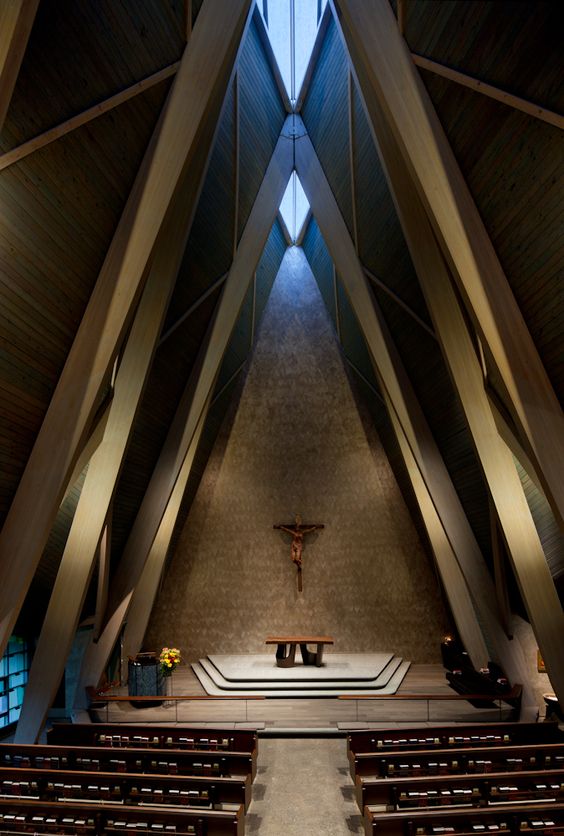 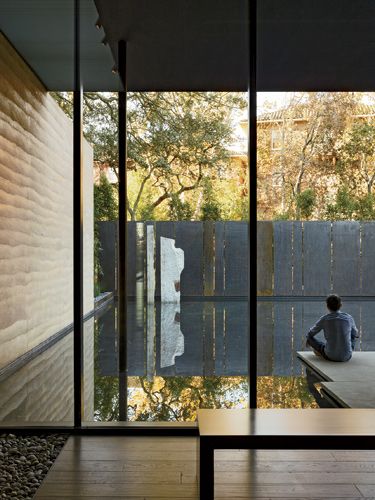 Spaces reflect certain ideologies and induce emotions. A beautiful space has the power to make someone believe, plant a concept. Religious architecture from ancient times has been a tool to plant beliefs. It reinforces our idea of religion. Religious architecture around the world is also the symbol of culture and history and in many ways paved the way for further architectural typologies in the region. In recent times, spiritual centres, health retreats and cultural zones have become more relevant, an attempt to reignite the social nature of humans and bring them together to experience peace. Spiritual spaces work in a way to slow us down and make us ponder, an inclusive space where everyone is welcome, to share and to be.

Anabelle Viegas: The up and coming urban designer to look out...

Notre Dame – Then, now and what’s next?

Light it up: 8 styling tips with modern light fixtures

Mobile phone photography : Tips for getting that ‘perfect shot!’

The Indian design industry has potential to grow over Rs 18,800...