The Earth is in fact, a finite resource. However, the smartest species on the planet is gradually depleting it owing to wasteful ways. Throughout centuries, we have had a very take-make-waste form of living, with little focus on recycling and reusing which has led to accumulation of waste. Circular Economy is a concept which rethinks waste and how we use it. It is a systematic approach to economic development by means of regenerative design and reducing waste. The three key elements to remember in circular economy are designing and redesigning waste, keeping materials and products in use and regenerating natural systems.

With technology and population growth, our production increased, but so did the generation of waste. According to the World Bank, Eastern and Central Asia generate at least 93 million tonnes of waste per year. In India alone, Construction and demolition waste was estimated at 14.69 million tonnes. Agreed that some percentage of this would be recycled and refurbished to be sold elsewhere, however a lot of it is gets down-cycled or ends up in landfills choking our planet. We need to find better ways to sort our trash, treat it, store it and reuse it. This will not only cut costs in construction, but also positively affect our economy and our planet. It will also steadily decrease production of newer and newer materials which will reduce pollution and exploitation of resources.

There are several ideas which have been floated out with respect to circular economy. The first and foremost is rethinking building materials and their reuse beforehand. For instance, a building constructed of prefab slabs can be deconstructed and re-erected after building use. In this scenario, the building doesn’t need to be demolished and there is no waste generation. The walls and slabs can simply be plucked apart and reused in another module elsewhere which in effect keeps the material constantly in chain motion use. Similarly, other building materials like bricks, wood, stone should also be used in a way that buildings could be deconstructed instead of torn down. A lot of architecture firms around the world are coming up with ‘Deconstruction plans’ which formulate how a building can be carefully dismantled after use. In this way, a building is treated as a material bank, safely storing the materials till the time it’s in use. 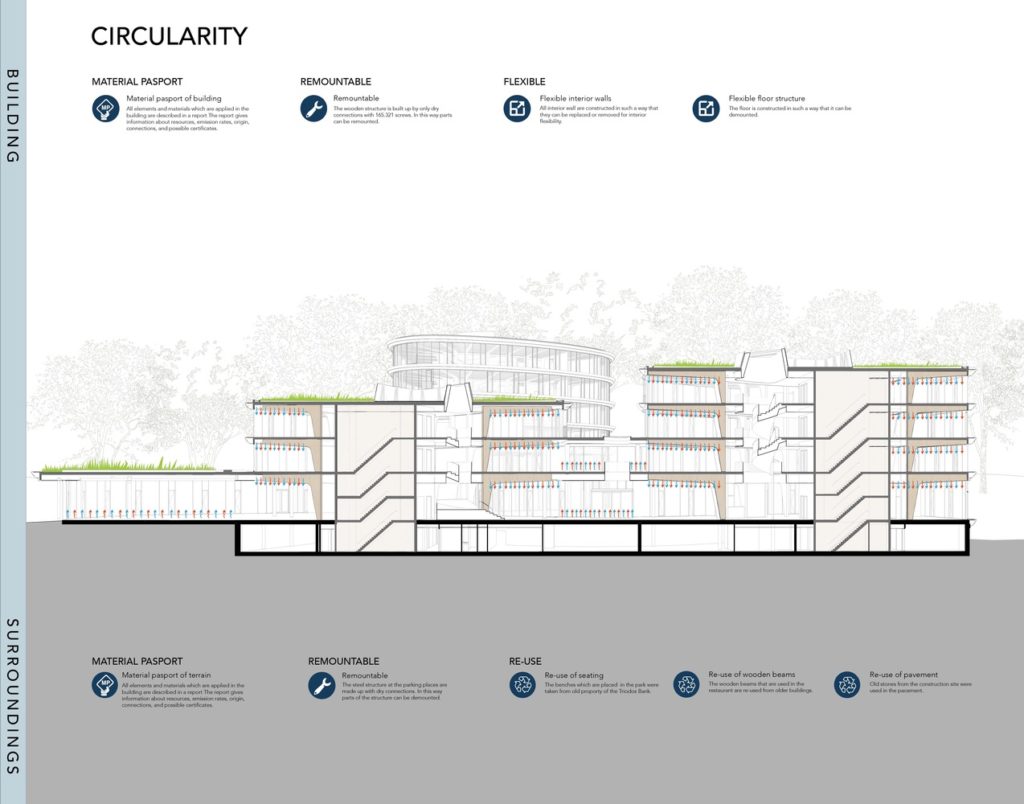 A fine example of this type of material bank is the Triodos Bank in Netherlands designed by RAU Architects. The 100% wood building is fully reconstructible with very little carbon footprint. It is one of the pioneering structures for the circular economy done in partnership with Ex Interiors. Another fine example is the design of  the common spaces and thematic areas of Barcelona Building Construmat by Josep Ferrando Architecture Studio – the Future Arena, Talks Arena and Meetings Arena. Using only two materials, the design encourages reuse of the geotextile fibre roof as well as the metal beams, which can be dismantled and reassembled promoting the circular economy concept. Another striking example is the People’s Pavilion in EIndhoven, Netherlands  which boasts of 100% recycled material usage. Designed by bureau SLA + Overtreders W, this temporary pavilion was constructed no nails, adhesive etc. which gave rise to a new design language. The roof was fashioned out of recycled plastic taken from Eindhoven residents, which was in turn returned to them after the Pavilion was deconstructed. 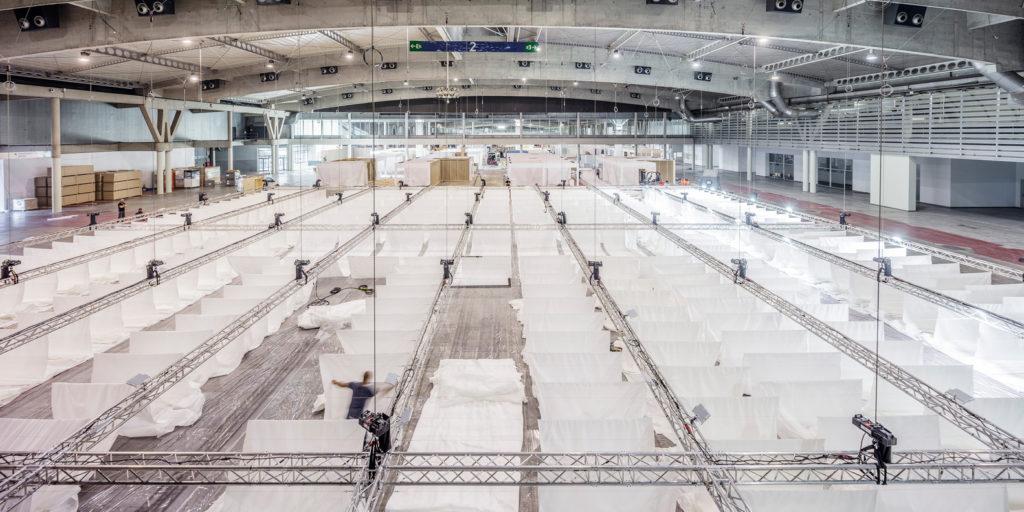 As designers, we should ask the following questions: How much of that is construction and demolition waste? What can we do to minimize it? How can we achieve good functional design with reclaimed materials? How cost effective can that be? Design is central if we need to shift from a linear to a circular economy. By reinventing products, materials and buildings, we can contribute a lot to changing our planet. Using natural and recyclable materials that are not harmful to the environment and preferring materials which can be easily grown not produced is one step. Creating new products out of recycled materials or waste, exploiting natural resources effectively and following ethical production practices is another. Taking these small steps, as citizens and as designers can lead to bigger and better changes. 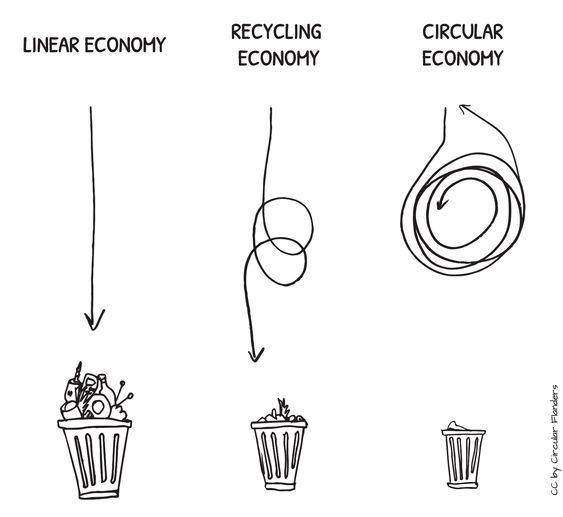 Reuse the idea of reuse – Adaptive reuse architecture and reusing...

Why you need an Interior Designer